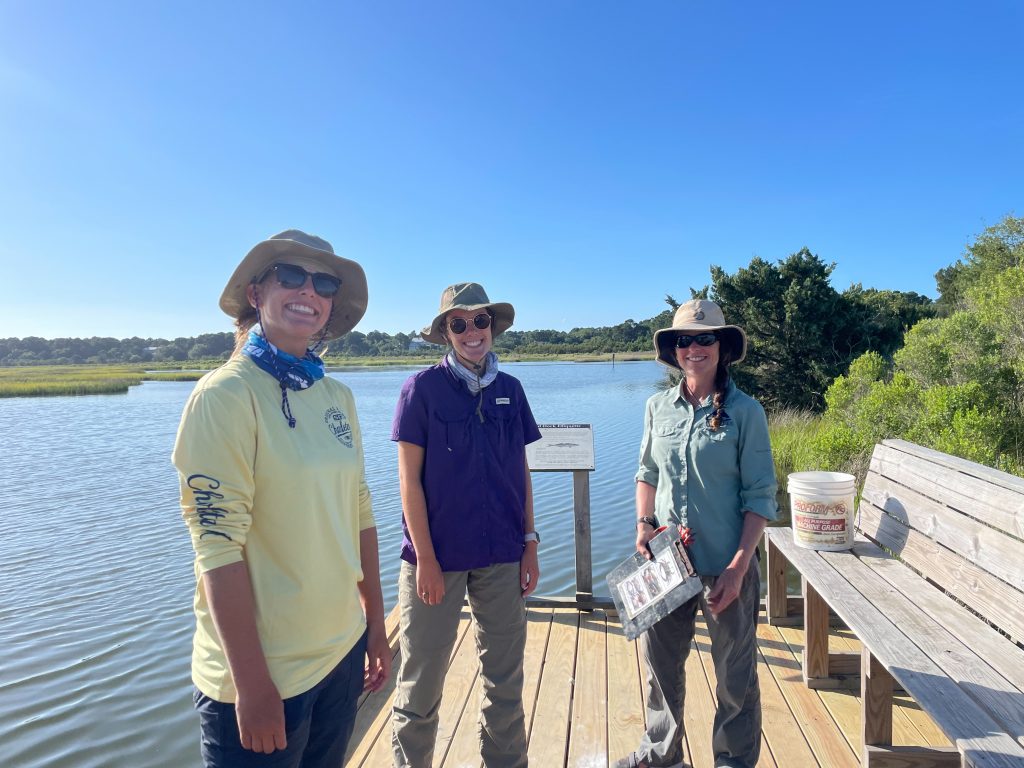 The 2022 Dewees Island Conservancy interns experienced an exciting turtle season, provided islanders with enlightening and entertaining nature programs, and worked alongside the Fish and Wildlife Service at the Cape Romain National Wildlife Refuge to help protect the nesting Loggerhead turtles.

One of the best things about nature is its ability to continue to surprise and delight!  After a very slow turtle season in 2021 when only 6 nests were laid, the Loggerhead turtles decided to make 2022 a year to remember by tying our record with 28 nests.  It was an exciting year not only in the number of nests, but we were also able to witness three Loggerhead females come ashore to lay their nests.  The Interns play an important role in our Dewees Island Turtle Team, walking the beach, coordinating supplies, tracking the nests and helping with inventories. 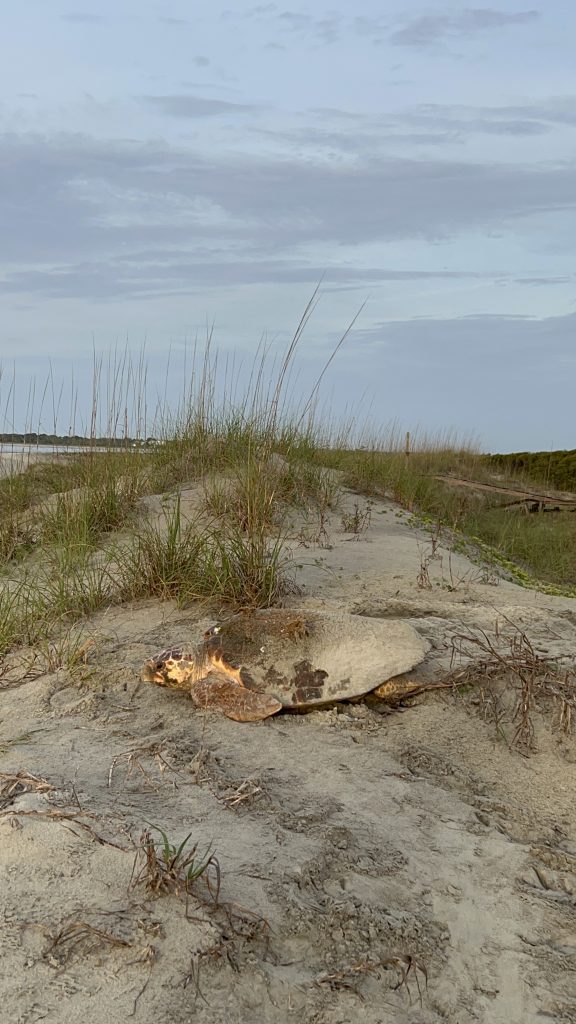 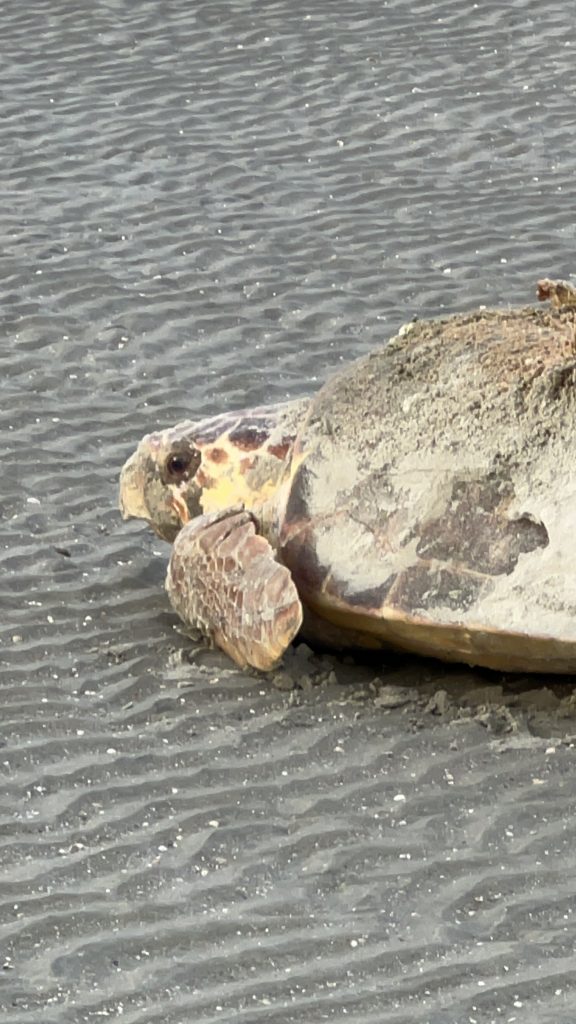 Our Conservancy Interns are under the guidance and leadership of Lori Sheridan-Wilson, the Dewees Island Ecologist.  Lori trains the Interns when they arrive regarding their many jobs on Dewees, from walking our Nature Center resident turtles to participating in Audubon Shorebird Stewardship education on our beaches.  The Interns are also responsible for creating educational programs for Island residents and guests.  This year, some of the highlights included crabbing 101 and seining 101, programs teaching about shells, sharks, native plants, sea turtles and creatures who lives around our docks, and finally their recap of their summer on Dewees.  We all learned from their programs and by the end of the summer, they were master presenters! 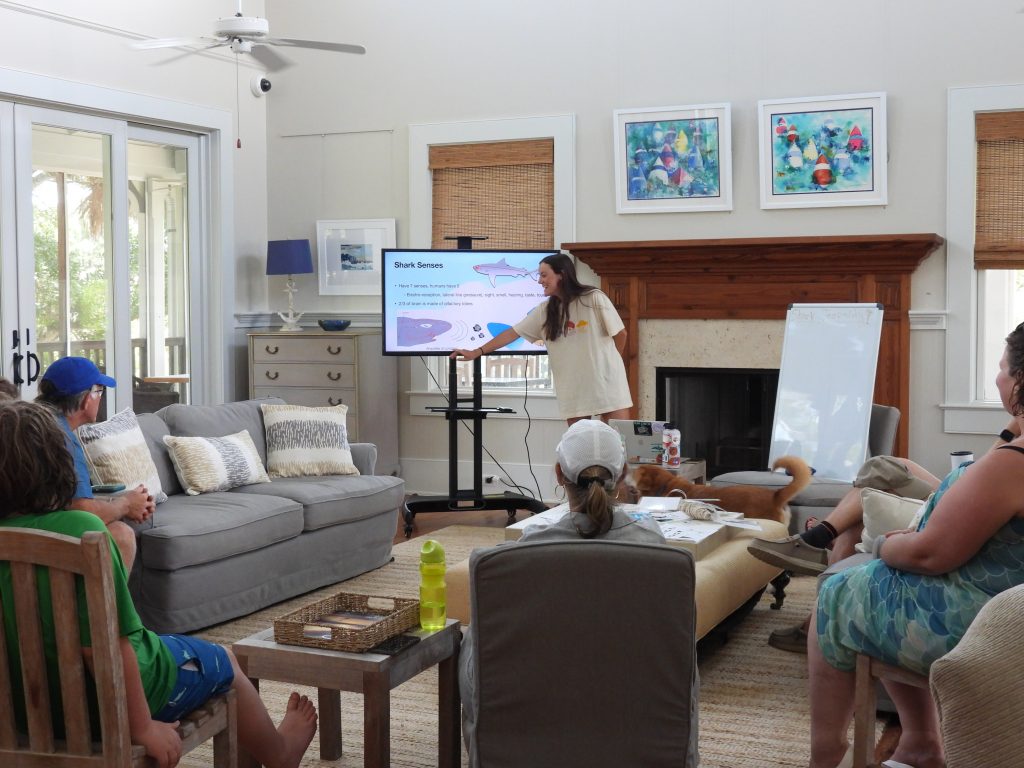 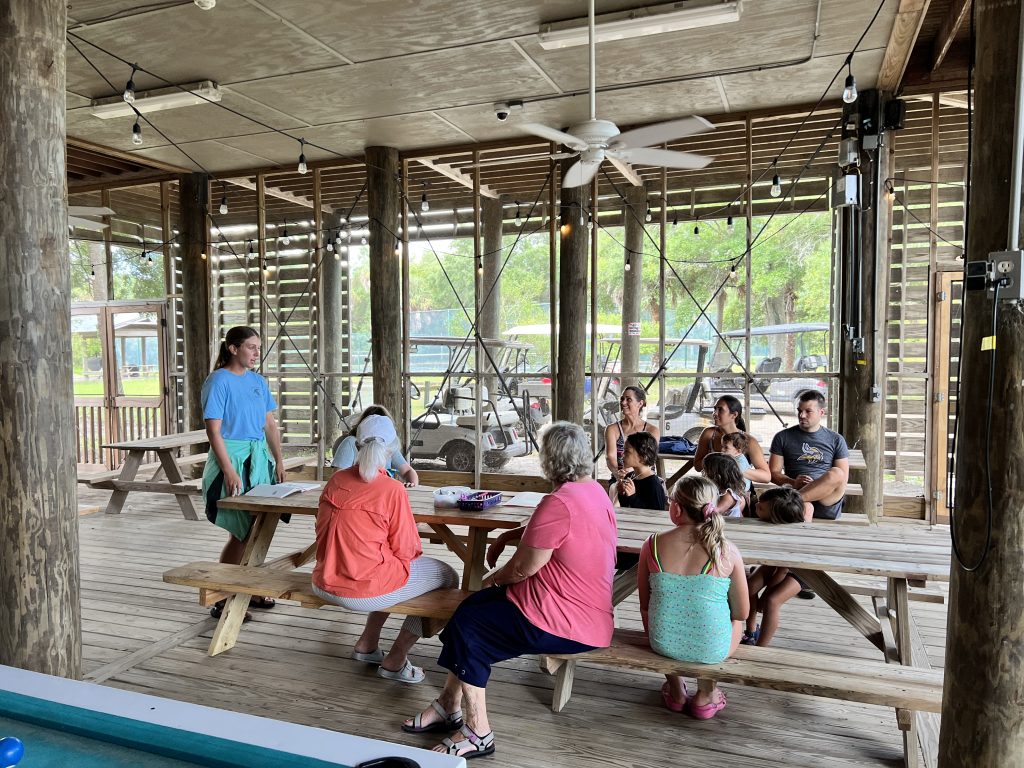 The Dewees Island Conservancy has a long standing relationship with the Cape Romain National Wildlife Refuge which allows our Interns the opportunity to work in this pristine Class 1 Wilderness Area.  Cape Romain provides critical habitat and protection for many migratory birds, red wolves and is home to the largest density of nesting Loggerhead sea turtles outside the state of Florida.  Our Interns spend part of each week living and working with the Fish and Wildlife Service employees and volunteers, rising before the sun to patrol the beaches, identify turtle nests, and either cage or relocate the nests as needed.  This year Cape Romain was home to over 3300 Loggerhead turtle nests.  Their busiest day included over 90 Loggerhead nests! 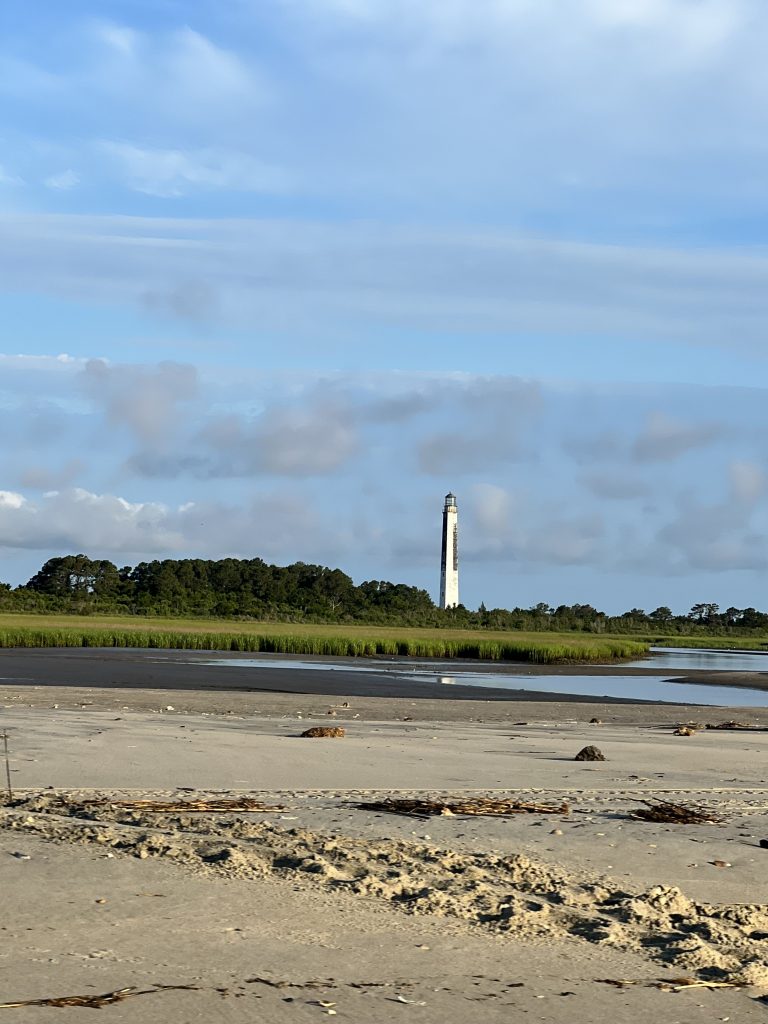 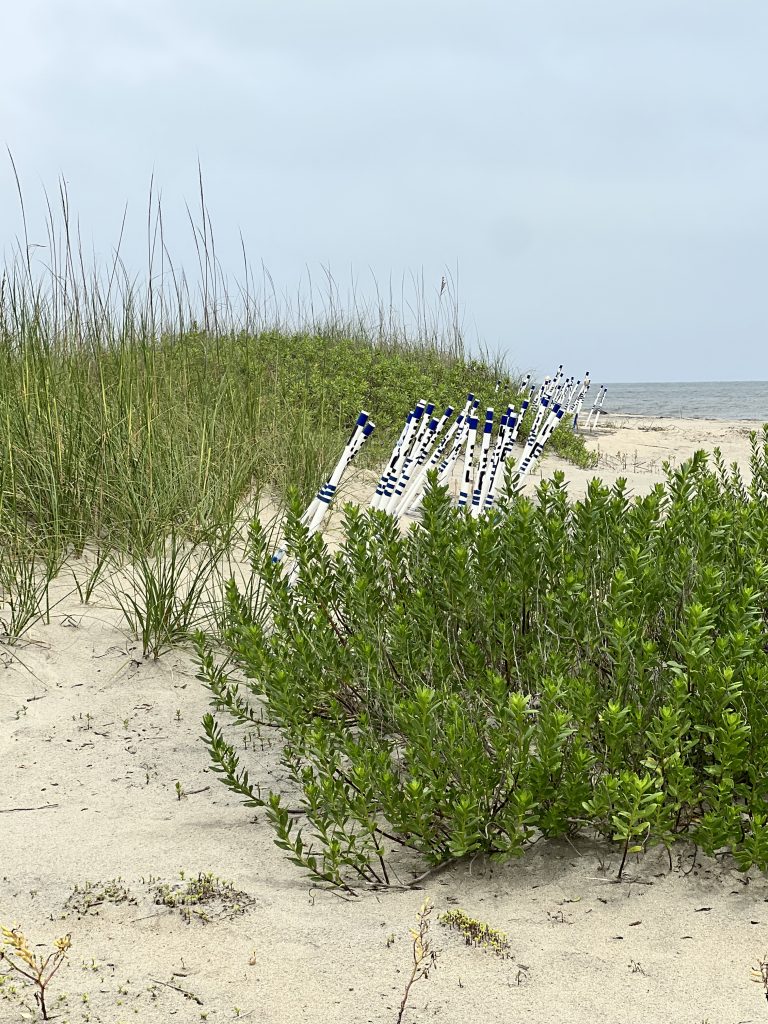 The Conservancy Interns live on Dewees for the summer and become woven into the fabric of Island life.  Each year we are so sorry to see them go and are grateful for their time spent on Dewees. 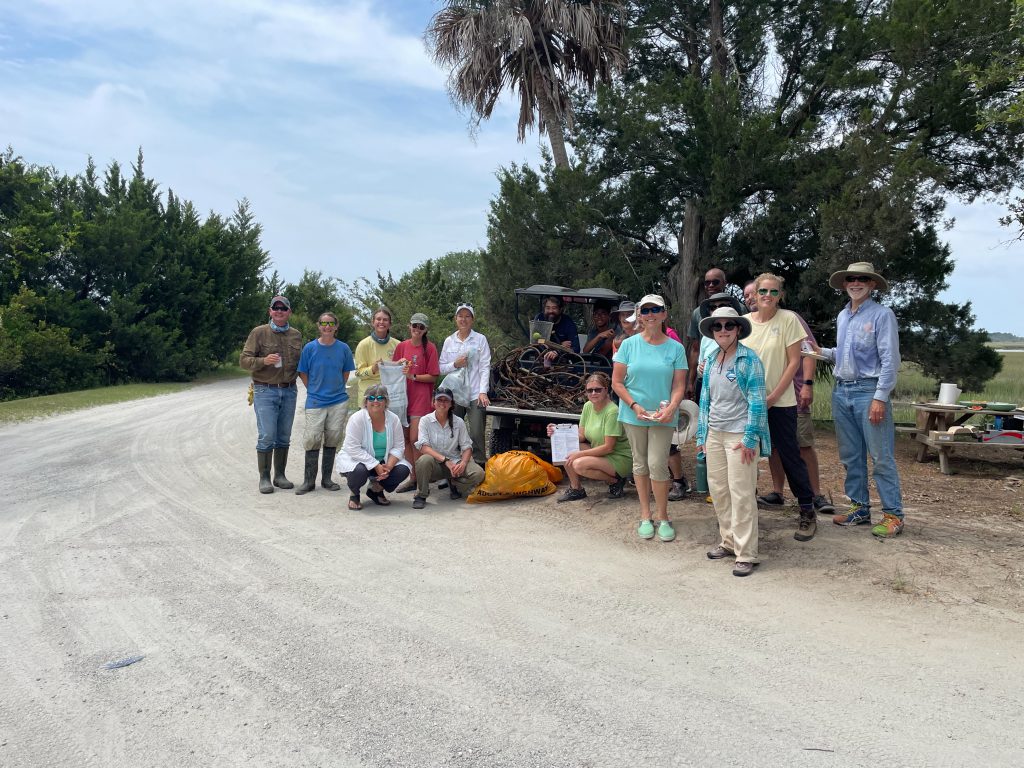 Live Video From the Landings Building about Freshwater wetlands

Live program from the Dock